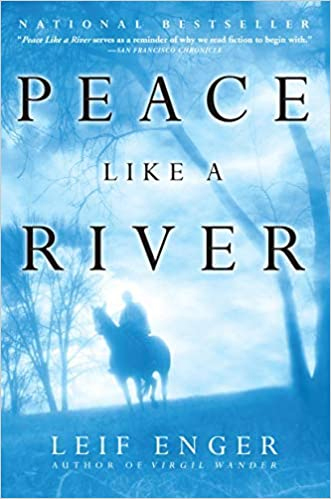 One of Time Magazine's Top Five Books of the Year. A Christian Science Montor, Denver Post, and Los Angeles Times Best Book of the Year.

"Once in a great while, a book comes along that has such wonderful characters and marvelous prose, that you read it as much for the pure joy it offers on every page as to find out how it ends." -Denver Post

Leif Enger's best-selling debut is at once a heroic quest, a tragedy, and a love story in which "what could be unbelievable becomes extraordinary" (Miami Herald). Enger brings us eleven-year-old Reuben Land, an asthmatic boy in the Midwest who has reason to believe in miracles. Along with his sister and father, Reuben finds himself on a cross-country search for his outlaw older brother who has been charged with murder. Their journey unfolds like a revelation, and its conclusion shows how family, love, and faith can stand up to the most terrifying of enemies, and the most tragic of fates.

Biographical Note:
Leif Enger was raised in Osakis, Minnesota, and worked as a reporter and producer for Minnesota Public Radio for nearly twenty years. He lives on a farm in Minnesota with his wife and two sons.